Washington Route 127 is one of the twisty little routes that cross the Snake River in Eastern Washington.

Even though for some people it’s an alternate route, this road is really nice in its own right. It’s more sweeper-ish than many of the roads in the area because this one was actually built as a US Route standards (US295) and is less like the other more farm-oriented roads that you see in this area.

If you like Geology, you’ll also find some really interesting rock formations in this area. Some of the more interesting ones I’ve seen include basaltic hexagonal columns and basaltic columns that are curved over and look like a waterfall.

Download the Streets and Trips file for Washington State Route 127 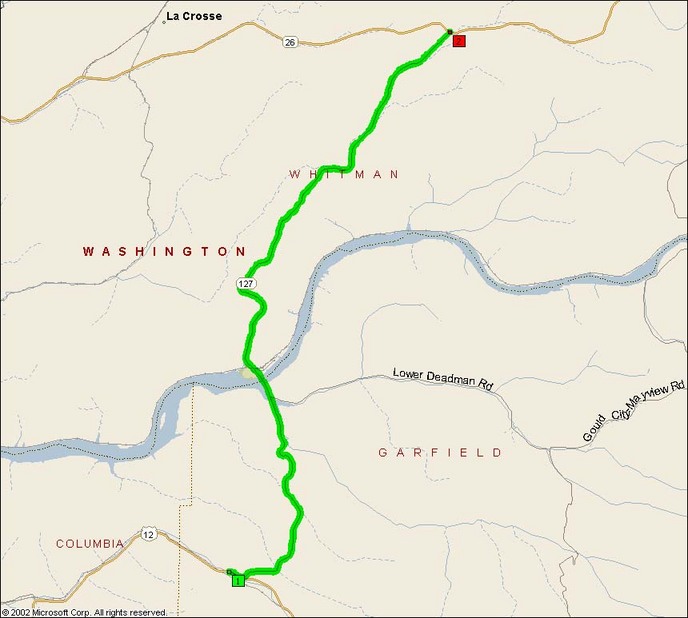