This is something of a preliminary report, as I’ve been twice prevented from traveling this road end to end. In late February of 2005, I ran into sheet ice on this road with temps in the mid-30s, and a 4-month road closure to put in a new concrete bridge span in September of 2005. Thus, I’m 0 for 2 on Mosquito Lake Road. On both occasions that I’ve ridden Mosquito Lake Road, I’ve had an absolute blast. The curves are tight and technical, and generally free of serious gravel with only a few driveways along the length of this fine piece of backroad. 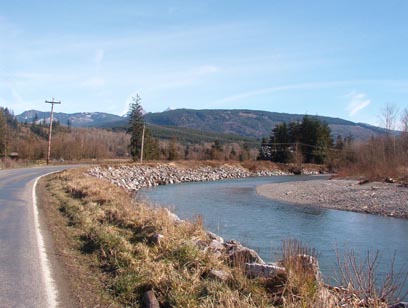 As a special treat, I’ve reposted my blog entry for Mosquito Lake Road that I wrote up after my February 2005 visit.

Having a week off and nothing to do but a lengthy list of items around the house, I did the obvious and went for a ride up in Skagit and Whatcom counties.

While the weather was cool, it was unseasonably warm for February. The temperature was in the upper thirtes in the South King County valley where I live, and upper forties elsewhere as I left. Once I was in Whatcom County though, the warm temperatures didn’t seem to help all that much.

After a nice, warm sun-dappled ride up Route 9, I took the turn east onto Mosquito Lake Road. The turns were a little wet from what I assumed to be lingering dew, and as this was a new road and one I was unfamiliar with, I took the corners fairly carefully. After passing through a one-lane section of road where road crews were trimming trees, I got a fair bit of a surprise. Immediately after a curve and into a perpetually-shaded section of pavement, I found a 100′ long sheet of ice. Very slick stuff, with traffic having crushed the snow down to a nasty, bumpy ice. Rather unpleasant.

Well, at least I didn’t end up sliding through the corner on my side. 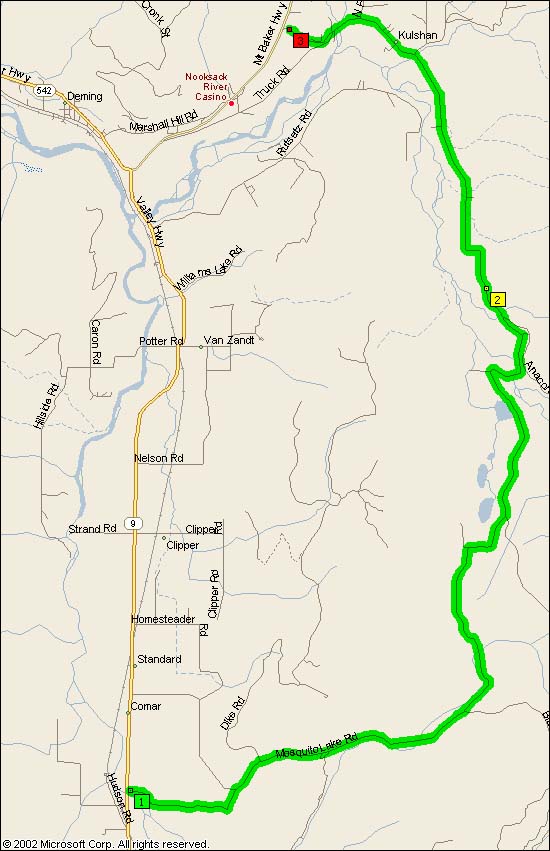