Leading out of the Baker City, Oregon Route 86 is the most direct route out to the Hell’s Canyon area. And as one might surmise from the maps of the roadway, it might seem a bit too straight and a bit too flat if one’s gotten spoiled by the Central Oregon roads in the previous day’s riding.

Never fear, however. Route 86 really is the gateway to some awesome riding. It’s gots lots of curves in its own right over on the eastern end as you approach the river, and depending on your nights destination you can take FS 39 up to Joseph or Route 71 past Oxbow and into Central Idaho through Hell’s Canyon.

Either way, it’s really tough to go badly wrong on route selection through here. There’s lot of good riding, quite literally, every way you turn.

Once thing to be mindful of, like much of Eastern Oregon, is the fuel situation for both bikes and riders. There’s precious little civilization in the middle of the road, and services only on each of the ends. The services on the east side are highly dependent on the tourism trade and you should research you “east end” fuel and comestible stops accordingly.

As the picture above indicates, most of this country is what I generally call “scrub prairie”. Lots of open vistas and short trees.

A couple seasons back, I was given to preferably gas up at the village of Halfway. The gas station operator in Oxbow was reportedly “paranoid” about bikers. Most the ones I know tend to ride around in brightly-colored Goretex with flip-up helmets or whatnot, so it might just be an over-reaction to the nasty press that the cruiser folks sometimes receive.

Also, I’ve heard that there’s a nice little 12-mile route up into the hills northwest of Halfway called the Corcucopia Highway.

If any gets an update to services in Oxbow or that short spur north of Halfway, please do pop in a comment.

View out across the valley. Taken by Marius Strom (Creative Commons) 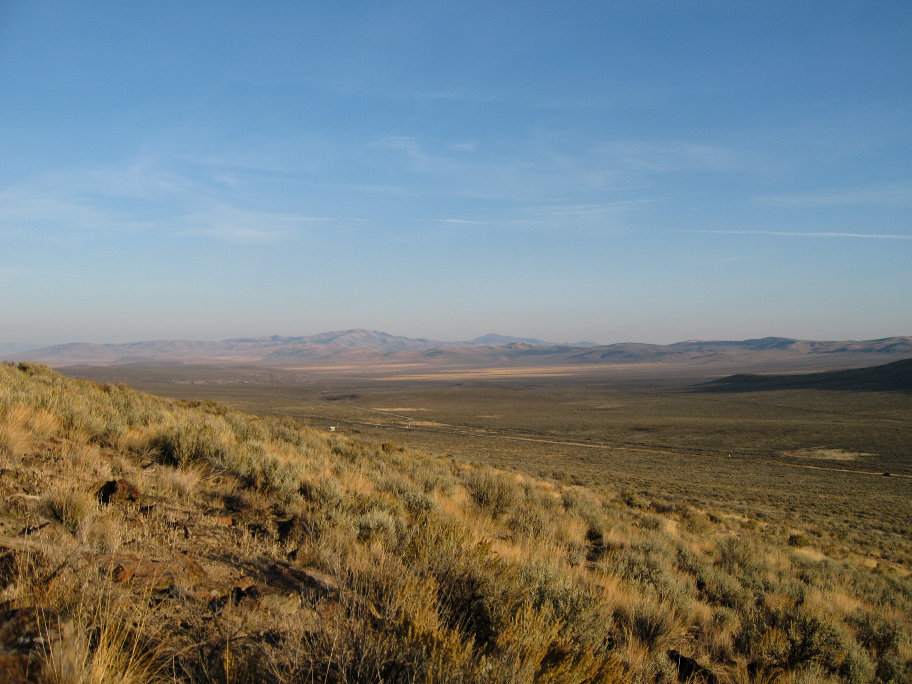 When you ride through this area, you can almost see the wagon trains coming up the trail. It’s not really changed much since then.

And be sure to watch out for deer. There’s very common along this highway.