I know a bunch of folks say these roads are boring. And I can’t argue that if you don’t enjoy open countrysides, the scenery isn’t much to write home about.

One thing this stretch of 206 offers is fast and lonely sweepers. Well, lonely if you don’t count the occasional deer in the fields and the numerable ground squirrels living along the verge of the road. At one point along the plateau a dozen miles SW of Heppner, I was seeing a squirrel scurry in front of me every easily hundred yards.

It’s fast and lonely though. Not hardly another soul on the road to hold things up. And when you do see a car coming the other way, they’re usually waving to you.

Canyon corners between Condon and Heppner: 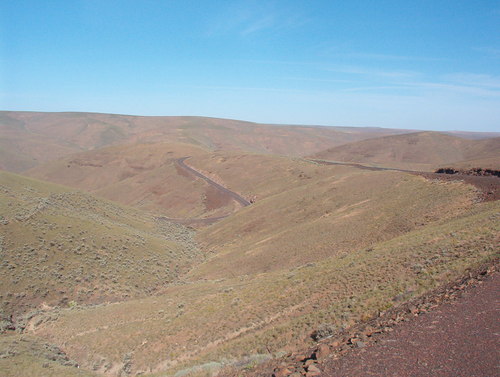 Most notably, it also offers several sets of fantastic twisties with a canyon-edge hairpins every 10 minutes or so between Heppner and Condon. The curves really are great and there’s so little traffic that the chip-seal doesn’t get polished. The traction was simply amazing on the rural Oregon roads. It has really spoiled me for riding in Washington. 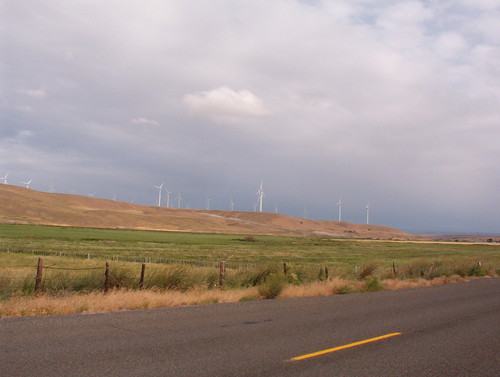 Yeah, I was too busy strafing the curves to stop for photos in the middle.

Regarding services, it’s better than most roads in Central Oregon. There’s fuel in Heppner, Condon, and all along the I-84 freeway. There’s a little biker-friendly hotel in both Condon and in Heppner, and camping outside of Heppner on Willow Creek Road.

In between? Well, there’s not much but a couple semi-abandoned hamlets, much twisty road, and many deer.

Google Map for Oregon State Route 206 from Heppner to Condon: