This road is not the normal kind of road you see posted here at Motorcycle Roads Northwest. For one, it has 23 miles of graded gravel. For another, there’s quarter-mile long two-tower suspension bridge out in the middle of nowhere that goes over the Dworshak Reservoir. For a third, the southern paved section (below the bridge) is so tight that I’m surprised I wasn’t passing the back-end of my bike coming the other way on those switchbacks.

Switchbacks. South of the Dent Bridge from the Dworshak Reserver scenic overlook. 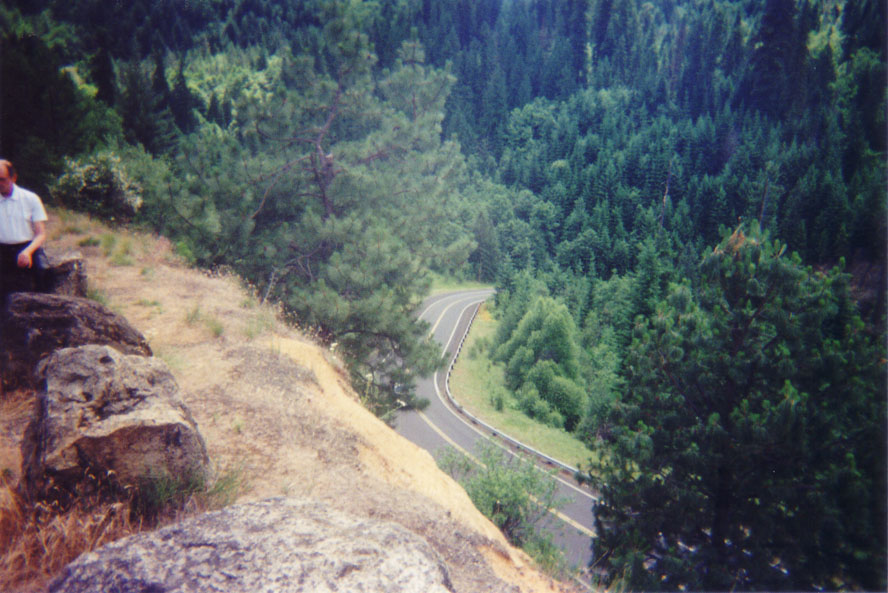 Heading west out of Orofino, There’s a little road that goes alongside the north edge of the river opposite US 12, and on that road is a very well-marked turnout for Wells Bench Road. This road climbs right up the side of the huge cliff that overhangs the valley floor, and it really does twist back and forth through the narrow canyon going up to the top.

Way up at the top of the canyon, after having ridden a good eight to ten or so very tiring miles up the side of the escarpment, you come to a wonder. There’s a huge pull-off overlook area (about 2/3 acre?) that looks down over the reservoir and the quite majestic Dent Bridge some hundreds of feet below. 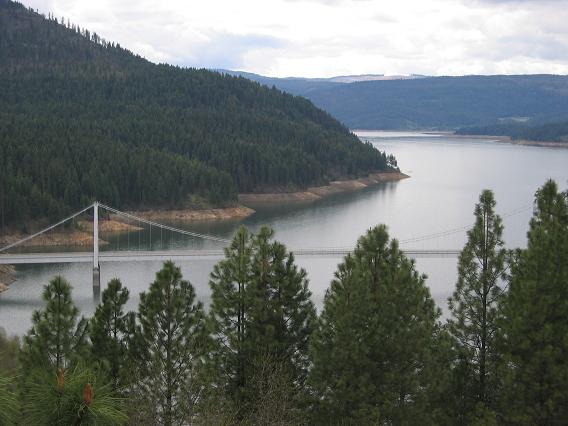 About a mile north of the bridge and likewise a mile south of Elk River, this road turns to gravel. It’s definitely not a primitive road, as the roadbed is obviously graded from time to time, and it is packed well enough that the ‘Strom only bogged down in deep stuff when I got too close to the edges of the road.

Up at the top of the road is Elk River. Elk River’s a neat little place, apparently populated by 10x as many ATVs as cars, and home to Elk River’s Huckleberry Heaven.

Just be careful of deer and elk while you’re out that way. This whole area is just crawling with the eponymous hooved rats, as a good friend of mine discovered to his detriment while coming into Elk River from the west on the tarmac. His touring rig was completely totaled, and he’s extremely lucky to suffer little more than scrapes and used-up riding gear. On that same day, I saw a fawn being born right on the roadside heading up towards the bridge overlook and many more deer grazing the surrounding hillsides.