I must say that I’ve kind of fallen in love with the sweeper roads of North Central Idaho. The roads gently weave in between the rolling hills of trees and fields, with an occasional village with a gas station and market, with hardly any other vehicular traffic out on the road.

This particular road is perfect for a relaxing 50-60mph cruise back to your hotel in the afternoon. You just need to watch out for the extremely high concentrations of elk and whitetail deer in this area though.

One good friend got hit by a guided missile of the hooved rat variety. Bambi got her check paid in full, and said friend ended up with a seriously smashed up tourer and some well-used riding gear. 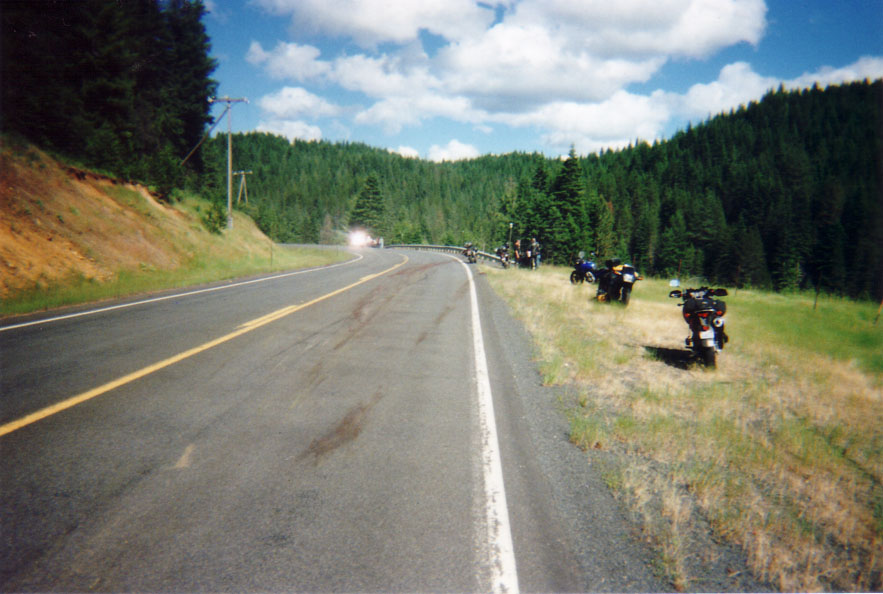 The most interesting (and most deer-infested) section is between Bovill and Elk River. I’m not saying it’s world-class riding like Northern California or the Oregon Cascades, but it’s a good sweeper road that provided a nice logical extension of a trip on the Elk River Road on the other side of the Dworshak Reservoir. The roads are however usually quite smooth and engineered to a much higher standard than the Coast roads.

Amenities and cellular reception are few and far between out here, so be sure you have adequate supplies when you go wandering around out in the hills of Northern Idaho.