I rode through here in July with a few other riders. It had been freshly chip-sealed a few weeks before, and the road was fairly smooth and the sweepers were quite nice. The view is also rather nice along the river, which probably explains all the houses.This road is marked at about 45mph throughout its length, and while it’s certainly not up to Western Washington standards of suburban build-out, there are houses going in here. Do be careful, the people living there seem to be particularly Seattle-like unobservant in their driving.

Update 2007-June: This road is still quite nice. It’s still marked at 45mph and doesn’t have much of a frost heave problem apparently. A few more houses have gone in though. 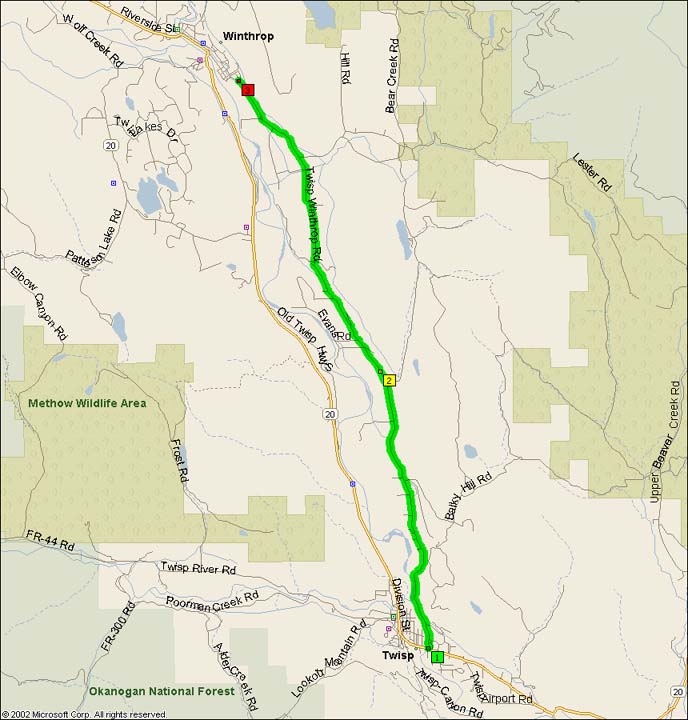