For those not familiar with the geography around Mount Rainier, SR165 is the highway that provides access to the northwest corner of the Mt. Rainier area. SR165 isn’t what you expect for a state-funded highway, as the roadway is only marginally maintained (less as you go higher) and the guide rails along the road are completely falling apart.

Back to that marginally maintained part. SR165 is a wierd road that’s rougher than many of the backstreets of the various South King County suburbs. There’s no shoulder to speak of and the guardrails are rusting. The road surface itself is almost entirely chipseal. The less traveled versions of it are not at all polished, but have the sharp edges of the stones sticking up chewing your tires and making wet corners a significant concern.

Bridge over the Carbon River 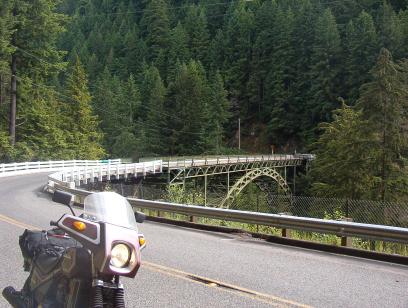 The nice part, well, there’s curves. Many curves, in fact, of all shapes and types. If you’re at all familiar with the Oregon Coastal Range around OR42, it will most likely seem very familiar. The views are fantastic, and I’m sure I would’ve gotten many more gorgeous photos if I hadn’t chickened out when the road went completely to hell a few miles south of the Y that splits between the Mowich Lake Road(SR165) and the Fairfax Forest Reserve Road into the NW corner of the National Park. (But not the NW corner of the National Forest though, it’s really big).

The highway 165 starts up in Buckley, and it’s fairly easy to get to. The signs are large and highly visible while cruising down 410 through Buckley. There’s a bunch of 35 zones through the little towns between Carbonado and Buckley. While there wasn’t any overt enforcement going on when I rolled through, I don’t run a detector or look like a likely suspect on my 20 year old Honda and may have been ignored by several suspicious-looking Crown Vics and Suburbans I saw with police-style lights by the mirrors. 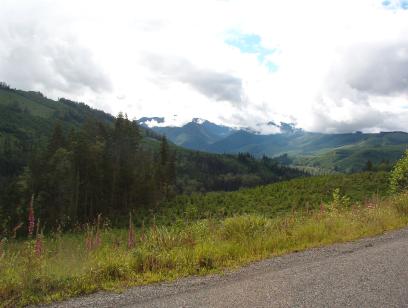 View up towards Mt. Rainier

Besides, the point of this one isn’t high-speed blitzing, it’s hitting the right line. The locals are scary as hell since they’re never expecting anyone coming the other way on these quiet country roads. The non-locals are scary as hell too, since they’re usually hauling their quads and dirtbikes. As I’m sure any good Pacific NorthWest rider knows, the recreational off-road motorsports types here are the absolute worst drivers, as they always seem to have a chip on their shoulder. 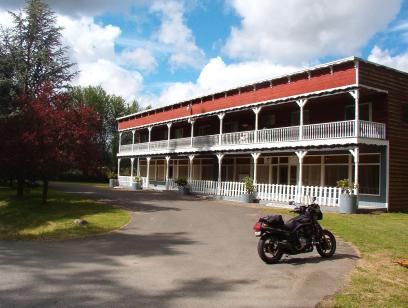 An old hotel outside of Carbonado, now converted to offices

Another bit of advice it to avoid SR410 between Buckley and Sumner. The roads are filled to overflowing with testosterone-addled SUV cagers who take out their passive-aggressive tendencies on any vehicle smaller than they. The highway is littered with stoplights and stripmalls now, and it took me a half hour to get from Buckley to the “start of the 4-lane section just east of Sumner.

Make sure you bring a bit of cash if you’re going up into the National Park, they charge at that gate just like they do on the other roads into the Park.

Carbon River Road. The left side of the Y 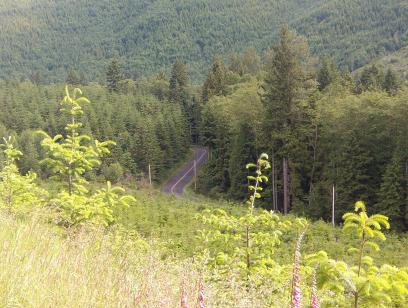 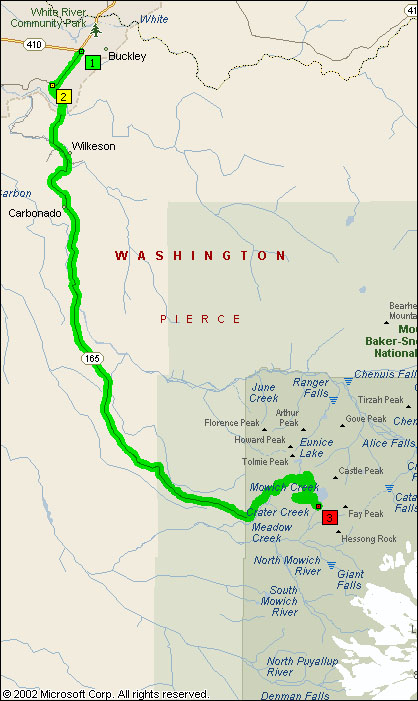